Forged in the icy northlands of Ontario, Canada, JR Productions brings forth a new beginning to the Grand Theft Auto universe.

Titled “GTA 5 – Redux”, this project was designed to cater to every player’s most wanted desires from the series.

With only one motto in mind, RE-IMAGINE, RE-DESIGN, REDUX. 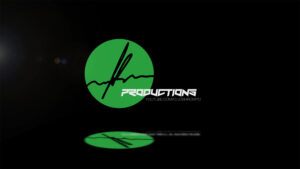 So, what started it all?

Before the seed of development was ever planted, I had deep roots in the gaming culture. Starting way back with early consoles, and slowly evolving to modern 4K PC’s, I have been around to see games grow from a handful of pixels to a fully immersive virtual reality.

As a gamer, my attention has always been drawn to Rockstar’s GTA series, due to their ambition and innovative nature with developing.
When GTA 5 initially released on PS3 and Xbox 360, I was disappointed, to say the least. I found many graphical errors, un-creative design choices, and in general, many downgrades of the same code used in the previous game.

Then there was hope: the “next-gen” re-release on PS4 and Xbox One! I snatched up a PS4 the moment I could, and after waiting 7 years for a new console to be produced, I was again extremely disappointed. Barely full 1080p, still no AA, low fps, and not the boost in visuals vs performance one would expect from 7 years of system development.
Feeling rather upset about the “modern” state of gaming consoles, I knew there was still one last chance to receive the experience I truly desired. The PC version. Yet again struck with disappointment on the quality of this 3rd upgrade, I decided “If you want something done right, you just have to do it yourself”, ergo began the unofficial development of Redux.